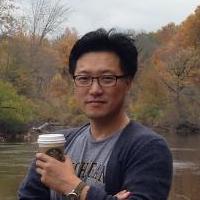 The answer to chronic pain in fibromyalgia patients might be found not in the medical clinic, but instead in the physics lab.

ES is common in nature, and was until recently considered the domain of physicists, not physicians, the authors noted. It is characterized by “abrupt, explosive” reactions to stimuli across an entire network, such as when a small stimulus leads to a major power outage.

To study potential links between ES and chronic pain in fibromyalgia, researchers from the University of Michigan and Pohang University of Science and Technology, in South Korea, studied the electrical activity in the brains of 10 female patients with fibromyalgia.

Electroencephalogram (EEG) readings showed hypersensitivity in the patients’ brains at baseline, and the degree of ES correlated with the intensity of the chronic pain reported by the study participants.

The researchers then used computer models of the patients’ brains to compare how the brain networks of patients with fibromyalgia and those without responded to stimuli. The brain model of fibromyalgia patients proved much more sensitive, the authors found.

So if physics help explain the cause of chronic pain in fibromyalgia, can physics also help solve the problem?

“Yes,” UnCheol Lee, PhD, a physicist and assistant professor of anesthesiology at the University of Michigan, and the study’s first author told MD Magazine. 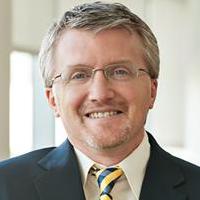 “[R]ecently physicists provided a theoretical answer for how to convert the explosive synchronization state (i.e, hypersensitive) into the non-explosive synchronization state (i.e., less sensitive), and vice versa,” Lee said.“However, when applying the theory to a fibromyalgia brain and controlling it, it might be a more complex problem because we need to consider the complex dynamics and network structure of the human brain.”

The study not only points the way to the potential alleviation of hypersensitivity in brain networks, but it also shows the power of computer models of the brain, which could have implications for personalized medicine, as it could allow physicians to see how a given therapy might work before trying it with a particular patient.

The insights may also stretch beyond fibromyalgia, according to the study’s co-senior author Richard Harris, PhD, a University of Michigan associate professor of anesthesiology, and part of the university’s Chronic Pain and Fatigue Research Center.

“Our group and others suggest that the hypersensitive brain seen in fibromyalgia patients is likely to present in many other pain conditions,” he said. “For example, increased functional neural connectivity, an outcome that may be related to explosive synchronization, between the sensory cortex and other brain networks transcends multiple pain diagnoses.”

Harris said altered brain connectivity has been implicated in pelvic pain, sickle cell pain, and lower back pain. He said it’s likely that the hypersensitive brain phenotype is modulated by therapies that seem to work in fibromyalgia, both pharmacologic and non-pharmacologic.